"Perennial, warm season grass with erect stems, mostly less than 40 inches tall. It spreads by long slender rhizomes. Leaves are less than 1/8 inch wide, sometimes flat but usually rolled inward from the edges with the upper surface inside. Spikes are two to seven, 3/4 to 2 inches long, and borne against or away from the stem. Native Habitat and Range: Salt marshes and sandy meadows from Quebec to Florida and Texas, and saline marshes inland from New York to Michigan."  (USDA)

Spartina Patens Botany  by Save the Bay

"These grasses provide rich habitat for juvenile and adult crustaceans, mollusks, and birds, and serve as a major source of organic nutrients for the entire estuary. Mats of salt hay grass are inhabited by many small animals and are an important food source for ducks and sparrows." (Save the Bay). 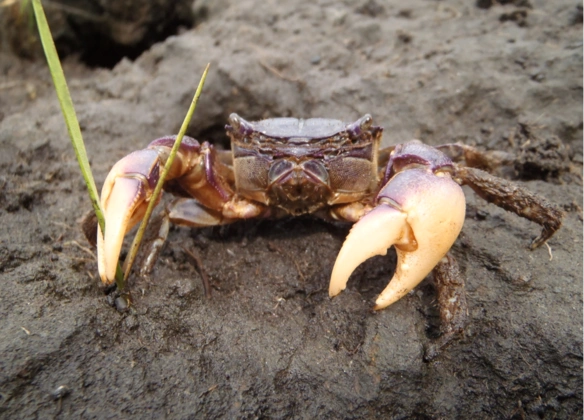 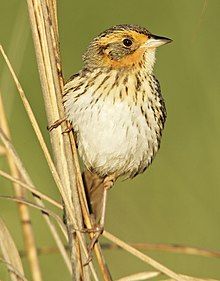 (1) An example of a high marsh, an intertidal zone in which Spartina patens grows and plays an important role in ecology. This painting depicts a marsh on the coast of Northern Massachusetts.

The Uncommon Guide to Common Life on Narragansett Bay. Save The Bay, 1998. (Link)

Conservation Information Author: Erik N. Vegeto
Disclaimer Notice:
Creative Commons will not be liable to You or any party on any legal theory for any damages whatsoever, including without limitation any general, special, incidental or consequential damages arising in connection to this license.