"Cinnamon fern is a native fern which occurs in the moist, boggy ground along streams and on shaded ledges and bluffs.  It typically grows in clumps to 2-3' tall, but with constant moisture can reach 6' in height. Separate spore-bearing, stiff, fertile fronds appear in early spring, quickly turning brown. The familiar "fiddleheads" also emerge from the base of the plant and unfurl into large, erect, pinnately-compound, yellowish-green, sterile fronds (2-4' long) which remain attractive throughout the summer and turn yellow in autumn. The common name of this plant is in reference to the cinnamon-colored fibers found near the frond bases. Osmunda fiber used in the potting of orchids comes from the roots of these ferns.

"It is easily grown in medium to wet soils in part shade to full shade. Prefers moist, rich, humusy, acidic soils, but adapts to lesser conditions. This plant has compact, horizontal rhizome, its growth is vigorous.  It may go dormant with dry soil.  It is slow to establish but long-lived." (North Carolina Extension) 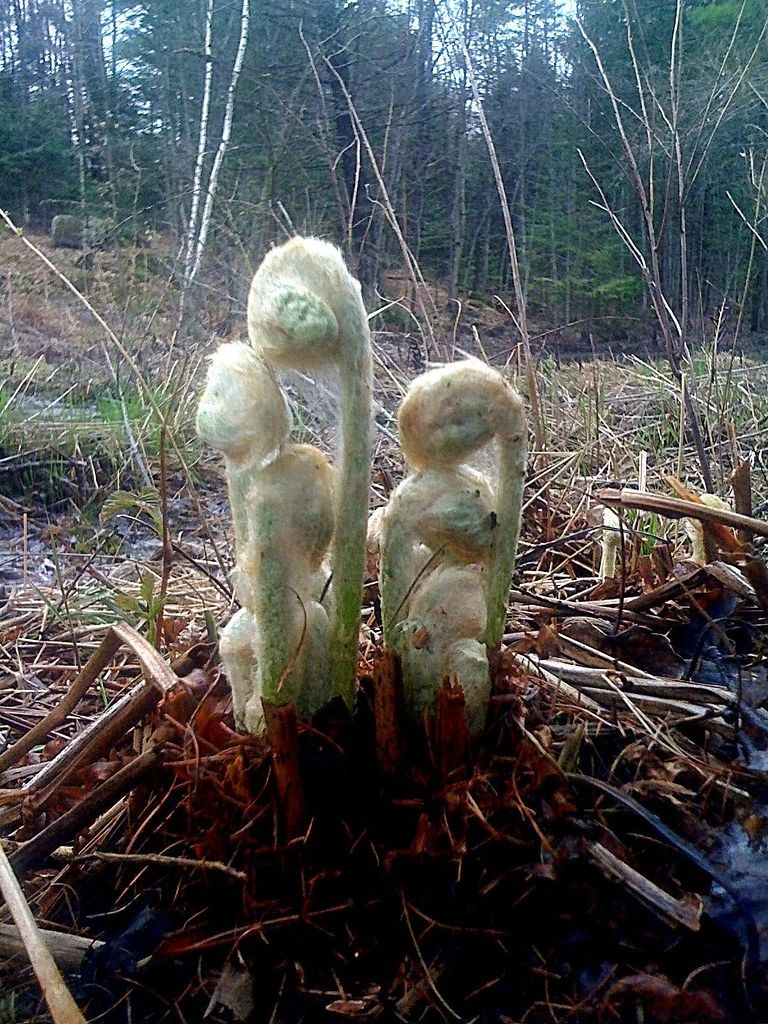