$19.99
"Myrica pensylvanica, commonly called bayberry, is a dense-branching deciduous shrub with a rounded habit which typically grows 6-10' tall. Native to North America where it is primarily found growing along the eastern coast (including seashore) from Newfoundland to North Carolina. Narrow, broadly oblanceolate, leathery, glossy, grayish-green leaves (to 4" long) are dotted with resin and aromatic when crushed. A mostly dioecious shrub (male and female flowers appear in separate catkins on separate plants). Neither catkin is showy, with only the male flowers displaying color (drab yellowish-green). Flowers on female plants, if pollinated, are followed by attractive clusters of tiny, grayish-white fruits in late summer which usually persist through the winter, but are not particularly showy. The fruits are covered with an aromatic, waxy substance which is used to make bayberry candles, soaps and sealing wax. Fruits are attractive to birds." (Missouri Botanical Garden) 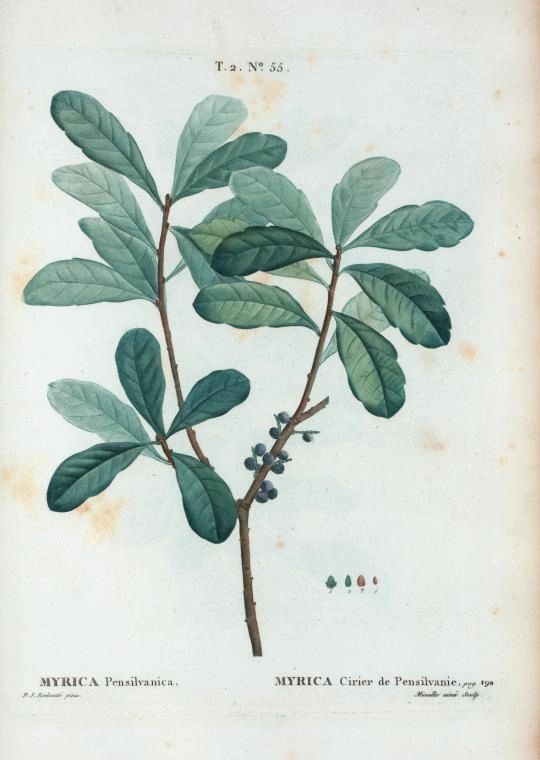 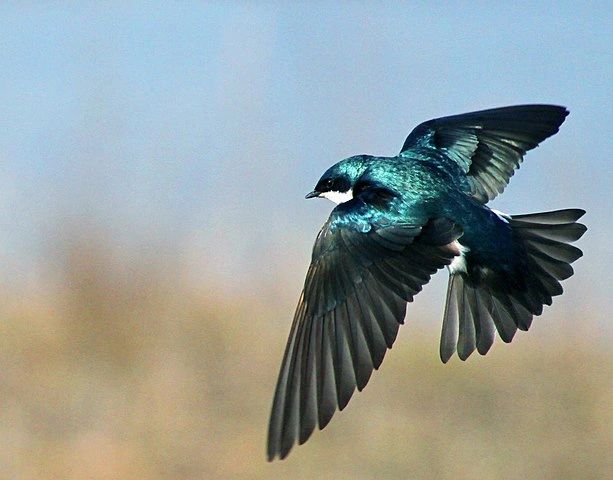 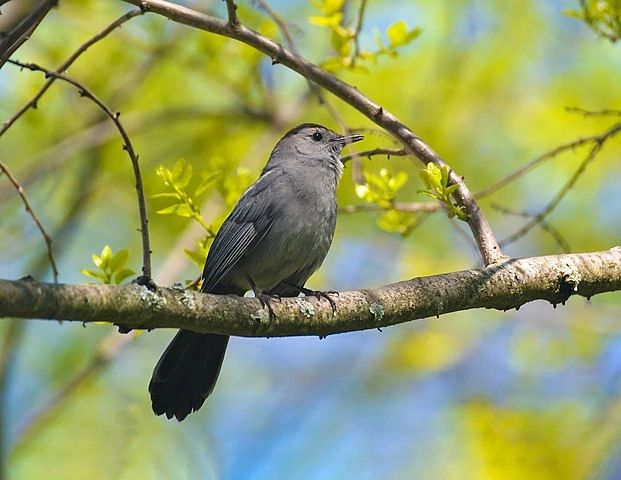 (2) Photograph of a Gray Catbird (Dumetella carolinensis) at the Arnold Arboretum of Harvard University, Boston, Massachusetts, United States.
Importance:
"The adaptations that give bayberry its drought tolerance and ability to endure salt spray and saline soils also make it an excellent species to be used for stabilization of coastal sand dunes of the Mid-Atlantic region (Dickerson, 2002). Bayberry is an important successional species that colonizes landward expansion of the dune system beyond the foredune encouraging the recruitment and growth of other woody and vining species to form dense shrub thickets which provide long term stabilization (Wooton et al., 2016; Tiffney and Barrera, 1979). Bayberry may also improve the overall health of the ecosystem by providing microclimates that are beneficial for other native dune plant species. Shumway (2000) reported that both seaside goldenrod and American beachgrass plants displayed increased health and vigor when growing in association with bayberry, including, increased flowering, numbers of flowers, seed produced, plant size, tissue nitrogen concentrations, photosynthetic efficiencies, and mid-day xylem water potentials. Shumway (2000) attributed the improved plant performance of the companion species to the microclimate created by the canopy and increased nitrogen levels beneath bayberry thickets. Shumway and Banks (2001) also reported that bayberry is a valuable constituent of the plant communities that populate the waterlogged soils of interdunal swales, growing best in the drier swales and at the perimeters of the more frequently flooded swales." (Snell)