"Ilex glabra, commonly called inkberry or gallberry, is a slow-growing, upright-rounded, stoloniferous, broadleaf evergreen shrub in the holly family. It typically matures to 5-8’ tall, and can spread by root suckers to form colonies. It is native to the coastal plain from Nova Scotia to Florida to Louisiana where it is most commonly found in sandy woods and peripheries of swamps and bogs. Spineless, flat, ovate to elliptic, glossy, dark green leaves (to 1.5” long) have smooth margins with several marginal teeth near the apex. Leaves usually remain attractive in winter unless temperatures dip well below zero. Greenish white flowers (male in cymes and female in cymes or single) appear in spring, but are relatively inconspicuous. If pollinated, female flowers give way to pea-sized, jet black, berry-like drupes (inkberries to 3/8" diameter) which mature in early fall and persist throughout winter to early spring unless consumed by local bird populations. Gallberry honey is a highly-rated honey that results from bees feeding on inkberry flowers. This honey is locally produced in certain parts of the Southeastern U.S. in areas where beekeepers release bees from late April to early June to coincide with inkberry flowering time. Dried and roasted inkberry leaves were first used by Native Americans to brew a black tea-like drink, hence the sometimes used common name of Appalachian tea for this shrub." (Missouri Botanical Garden) 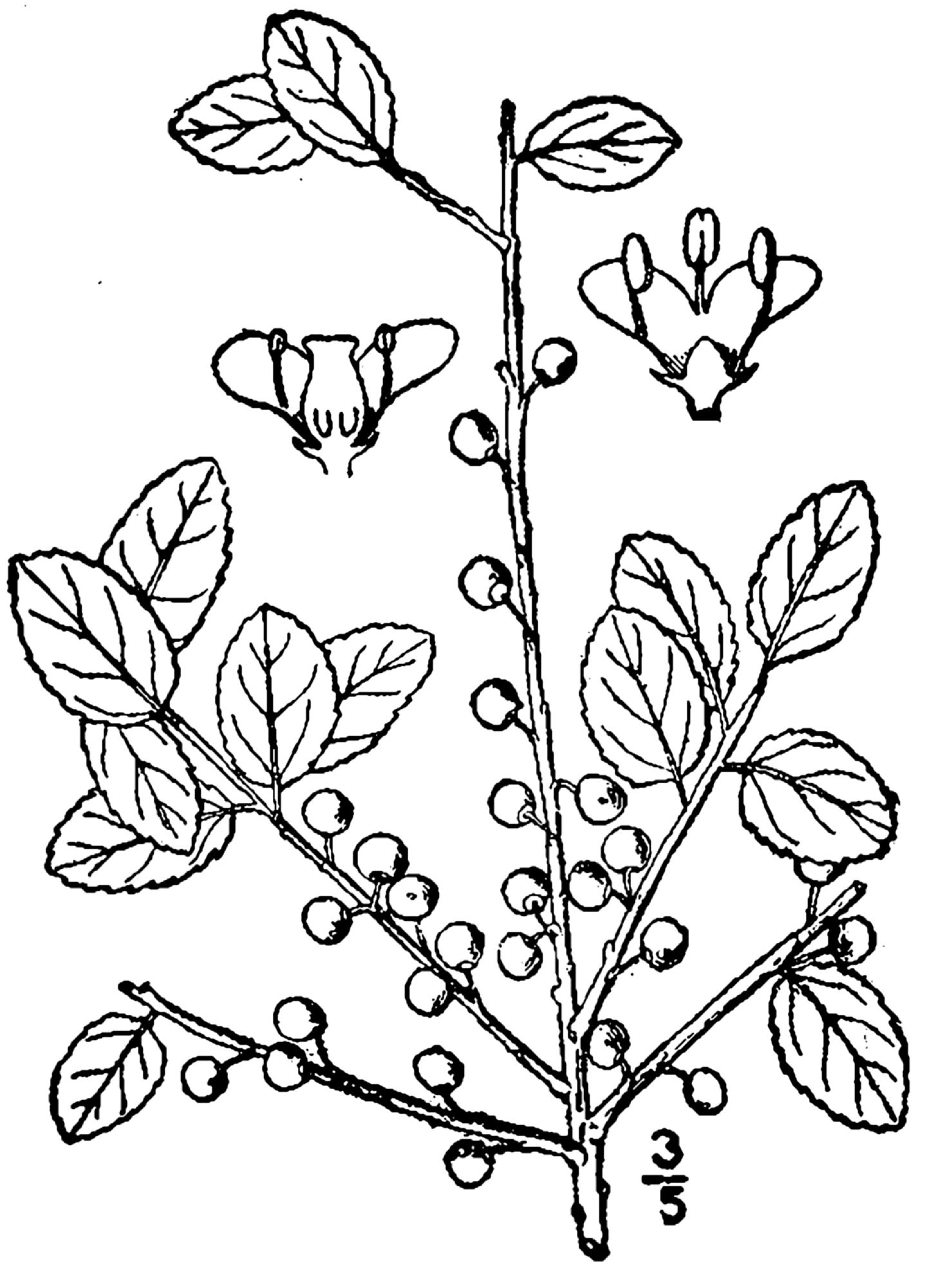