"Fringetree is a small deciduous tree in the Oleaceae (olive) family. It is native to the eastern U.S. Its genus name comes from the Greek chion meaning snow and Anthos meaning flower. It generally grows from 12 to 20 feet tall and wide, with a multi-stemmed rounded habit, though it can be trained into a single trunk.

"This plant grows best in full to part sun with the best foliage in partial shade and the best flowering in full sun.  Plant in average to rich well-drained neutral to alkaline soil. It can tolerate clay soil, however, and also tolerates some drought. They are best transplanted when young and rarely need pruning growing about 6 to 10 inches each year.

"In late spring, fragrant flower clusters with creamy white fringe-like petals appear. The showy blue-black fruits, maturing in late summer, provides a food source for birds and wildlife.   A clear yellow color appears to provide some brightness to the fall landscape and the bark with its scaly dark brown ridges and red furrows brings winter interest.

"In the nursery it may be difficult to determine if the plants are male or female unless they have flowers or fruits present.  While the male flowers are more showy fortunately both male and female plants make beautiful additions to any garden.

"Fringetree is a nice specimen plant in lawns and also works well as a flowering tree in a native garden.  Plant it in small groups along a woodland border or take advantage of the sweet fragranced blooms in a children's, or sensory garden."  (North Carolina Extension) 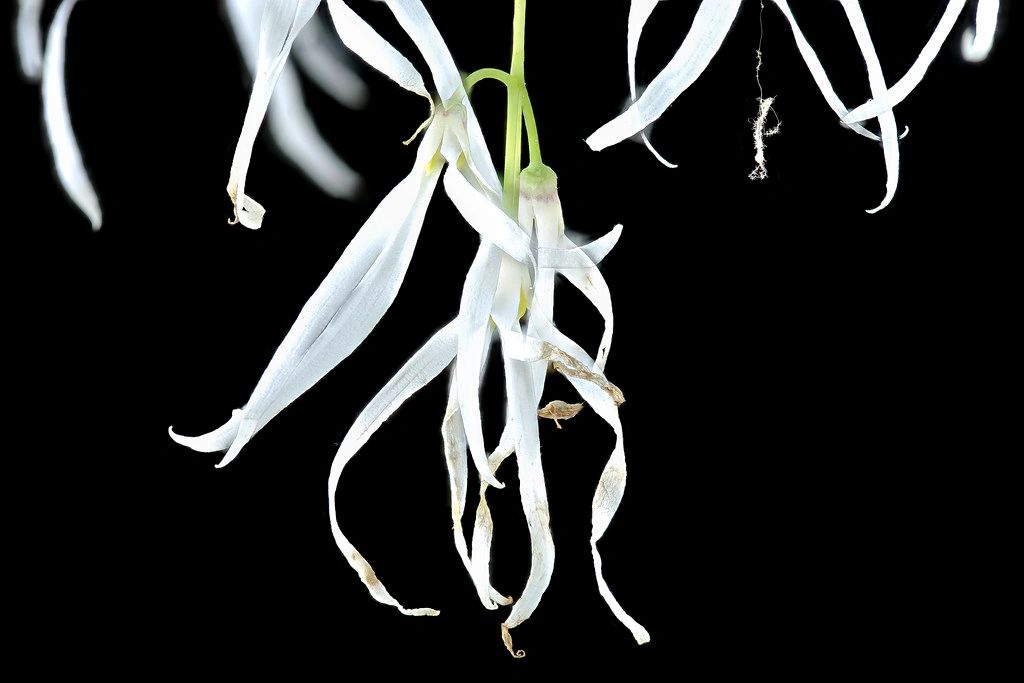 "The preference is full sun to light shade, moist to dry-mesic conditions, and deep loam to thin rocky soil. This woody plant is able to adjust to climates that lie north of its natural range (at least to Zone 5). It is probably best cultivated in areas that receive some protection from prevailing winds." (Hilty)

"The pollinators of the flowers are widely reported to be bees, although little additional information is currently available. Steury et al. (2009) reported a cuckoo bee (Nomada maculata) as a visitor to the flowers. American Fringetree is a host plant of several insect species. Polyphagous armored scales, including Forbes Scale (Diaspidiotus forbesi), English Walnut Scale (Diaspidotus juglansregiae), and White Peach Scale (Pseudaulacaspis pentagona), attach themselves to the bark, where they feed (ScaleNet, accessed 2014). The larvae of several moths feed on the leaves (Covell, 1984/2005), including the Fringetree Sallow (Sympistis chionanthi), Fall Webworm (Hyphantria cunea), Waved Sphinx (Ceratomia undulosa), Rustic Sphinx (Manduca rustica), and Fawn Sphinx (Sphinx kalmiae). Among vertebrate animals, the fruits of this woody plant are eaten by such birds as the Northern Cardinal, Eastern Bluebird, Brown Thrasher, Northern Mockingbird, Blue Jay, Pileated Woodpecker, and Wild Turkey, while White-tailed Deer browse on both the foliage and fruits. The stones (hardened seeds) of the fruits are sometimes eaten by small rodents." (Hilty)

Information and images compiled by Erik N.VegetoDisclaimer Notice:Creative Commons will not be liable to You or any party on any legal theory for any damages whatsoever, including without limitation any general, special, incidental or consequential damages arising in connection to this license.